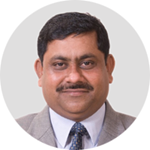 Six years ago, smallholder farming in the state of Karnataka was hardly a viable operation. Rainfall played a significant role in whether they succeeded in growing anything or nothing, whether they made a living or struggled. With no access to irrigation, farmers were confined to growing only one crop cycle, and couldn't risk diversifying to increase their profits. Add to this their limited access to capital, technology and markets and it's no wonder the livelihood of these farming families was so vulnerable. Over 56% of the Karnataka State population depends on agriculture for their livelihood. This figure is even higher at the national level. 60% of India’s population lives off farming and 83% of all farmers are smallholders, farmers who cultivate less than 2 hectares of land. These smallholder farmers are the backbone of agricultural growth; they contribute over 40% of India's grain production, and over half of its fruits, vegetables, oilseed, and other crops.

Government on a mission towards a food secure future

The central government of India had realized for quite some time, that India’s future food security is dependent on the stability and the sustainability of its smallholder farmers. India’s population, 1.2 billion now, is estimated to grow to 1.6 billion in 30 years, and the demand for food is expected to grow from 270 metric tons to 450 metric tons.  More food has to be grown in order to feed the growing population but resources are limited. Land allocated to agriculture cannot increase and with 90% of freshwater already used by the agriculture sector, the availability and amount of freshwater are also maxed out.  How do you cope with a growing population and their demand for food with limited resources to grow that food?

The government understood that improving water use efficiency and reducing the cost of irrigation in the agricultural sector is critical for the country's future food security. In 2014, it introduced two concepts: “Water to all Fields,” and “Per Drop More Crop.”  With only 58% of Indian agricultural land being irrigated, the ambitious plan was to invest in the infrastructure to deliver water to every farmer.

Irrigation in India was usually done through traditional methods of canal networks and flooding. Using these methods, about 60% of the water is lost due to conveyance, evaporation, percolation, and seepage. The government understood that improving irrigation infrastructure is critical but upgrading the canals and building new canal structures was an expensive, complicated, and time-consuming process that in some cases, takes more than 10 years to complete.

That’s where we came into the picture. 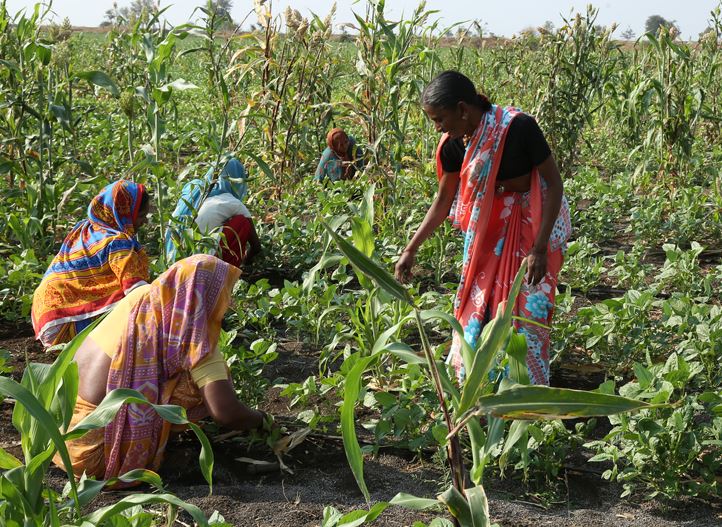 An innovative model to create a sustainable farming community

When the State of Karnataka decided to irrigate the 12000 Ha area in Hungund Taluk of the Bagalkot District with conventional canal irrigation, we approached them with the idea of them investing in community drip irrigation rather than the traditional canal infrastructure.

Community Irrigation is an innovative model that provides advanced drip irrigation technology to a large community of smallholder farmers. It is made possible by using economies-of-scale to develop the needed infrastructure at a large scale, and enables farmers to grow better crops, become less vulnerable to climate change and thus guarantees the stability and economic growth of each farmer and the entire region.

The government also benefits from this communal model.  When deploying a community drip irrigation project there's minimal need for land acquisition as most drip lines are underground. The cost of maintenance is significantly lower and the entire project can be completed in under two years, as opposed to canal-building projects which can last over 10 years.

The numbers were on our side and the government of Karnataka listened. Government officials understood that the implementation of drip irrigation would result in more economical use of water and improve the economic status and livelihood of farmers in the region. In 2014, we won the tender and the largest community irrigation project in Asia was underway.

A 360° project; Infrastructure, Irrigation & Education from the government to the smallholders

Executing such a large and complex project involved a variety of energy, infrastructure, and organizational challenges, and required the synchronization of activities of multiple governmental agencies, local water associations, and third-party contractors. We partnered with MEIL (Megha Engineering and Infrastructure Limited), one of the largest infrastructure companies in India. They provided the pipes, the pumps, the heavy equipment for getting the water from the dams to the project area. We took care of implementing the dripline structure and delivering water to each and every farmer.

We quickly learned that one major challenge that we would have to face was educating the local farmer about using the system. In a regular irrigation project, the farm owner is the customer and the user. In the case of community irrigation projects, the customer is the government but the users are the farmers. Many of the users weren't ready at first to accept the gift of drip irrigation. Some feared they were actually getting less water than they would with flooding. Others were suspicious of the technology element and the scientific approach to irrigation. There were political agendas, social issues, and socio-economic barriers. Handling these issues required a great deal of creative thinking and we embraced the challenge. Establishing collaboration with the local farmers was a fascinating process and we have learned a great deal from it.

“When we don’t have rain for long periods of time, drip irrigation helps me continue farming normally and grow more crops.”

Pre, Post, and On-going support for a lasting success

Even before implementing the first drip system, we set up 35 demo plots where we used drip irrigation to grow the same crops the local farmers were planting on their plots.  We brought farmers from the entire region to learn, test and become familiar with the system which was totally new to them.  We conducted town meetings, drove through the villages distributing pamphlets and brochures, we had 10 agronomists out in the field visiting and talking to the farmers every day. Altogether, we spent a total of 18 months educating and motivating the local farming community. We provided support to the project participants, 6700 farmers for five years after its implementation. This was something we’ve never committed to before in other projects but it has had a huge impact on the success of this ambitious endeavor. This ongoing presence allowed us to train the local farmers with the tools and technology that would enable them to succeed; improve their farming operation and their quality of living.

To guarantee the continued success of the project we took innovative measures in capacity building. We set up 23 farmers’ water associations and for every 500 hectares, we chose a farmer whom we carefully trained to be an expert on the intricacies of the system. In the future, these farmers will take over and will be able to provide service, training, and support to other farmers in their region.

“With drip irrigation, my crops get the water they need and I manage to save water and cover a larger area”

From challenging farming operations to a successful community irrigation project

Six years later, I am proud to say that this innovative outreach and capacity building has paid off. Local farmers are now willingly embracing the technology and they appreciate the change and prosperity it has brought to their lives.  They come to us to learn and to train, and they want to maximize their use of the drip irrigation system. They employ precision-farming techniques and realize its impact on their farm productivity; they double their yields, lower their expenses on fertilizers and labor, add a second crop cycle each and every year, and are able to diversify to high-value commercial crops.

The government is also pleased. Its mission to improve the livelihood and sustainability of smallholder farmers is well underway, and the future of local food production is looking brighter. The success of the Ramthal project led to the commissioning of three more community irrigation projects in the region with an additional four projects signed up this year.

Being involved with the Ramthal project right from its inception, I can appreciate the innovative and out-of-the-box thinking that played a critical role on its journey to success. A forward-thinking government embraced the community irrigation concept; a modern drip irrigation system replaced the traditional inefficient canals and flooding infrastructure.  Ingenuity and creative thinking managed to generate engagement, motivation and capacity building that led thousands of traditional smallholders to dramatically improve the viability of their farming operation and their livelihood.  These thousands of smallholders are our ambassadors for change, by accepting progress and science, and by doing so they are guaranteeing India’s future food security.