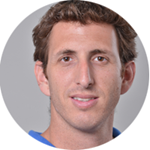 A worldwide track record from inception to completion

One of the upsides of my job is being able to be a part of a process and see things come to fruition. This for me, is also one of the great benefits of working at Netafim. As a company which was born in the fields and was led by farmers, the strategy has never seemed to revolve only around selling products but rather around bringing an entire agricultural project to life. Over the last 10 years I have been privileged to embark on this exciting journey many times and accompany farmers, governments and organizations around the world who chose us as their partners when transforming their farming operation.

From China to Brazil - Meet the main characters

In 2017, Bevap Bioenergia, one of the most technologically advanced producers of ethanol, sugar, and electricity cogeneration in Brazil had to expand its cane energy production. Their goal was to exceed 3 million tons of crushed sugarcane per year.

That same year, on the other side of the world, Joyvio, China’s leading blueberry brand, realized that in order to maintain its leadership position it would need to take its quality standards and time to market to the next level.

In 2017, both Brazilian Bevap and Chinese Joyvio chose drip irrigation as a means to an end.

Bevap (Bioenergética do Vale do Paracatu) started crushing sugarcane in 2010. By 2017 the company executives realized they needed to increase their sugarcane productivity while maximizing available water and land utilization. The challenge was outlined by the company Ag Director, Hermes Arantes, “We needed to scale up energy production with limited resources.” Bevan's management was ready to invest in a technology that would help accomplish this mission and after visiting several other mills that used drip technology, decided to join forces with Netafim. 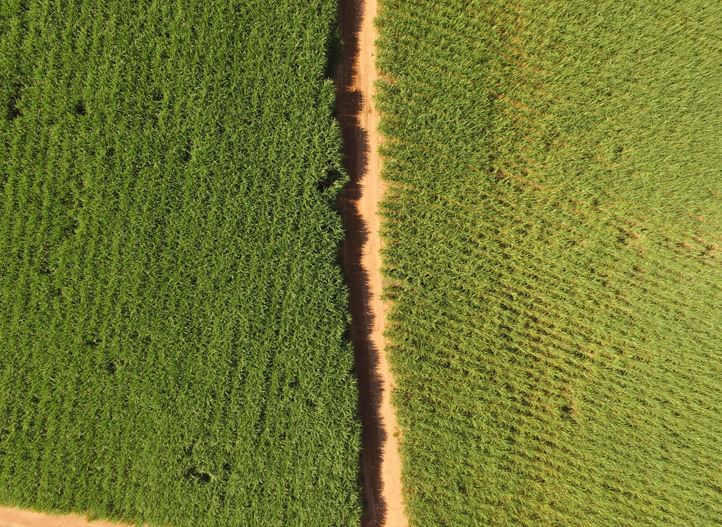 A team of Netafim experts from the Commercial, Engineering, and Agronomic Departments made a technical visit to Bevap to collect information on soil, climate, water volume, and more. A meticulously detailed plan was put in place which included the design of an end-to-end irrigation system, advanced agronomic planning, and hands-on training and capacity building.

Within three years of implementing the drip system, Bevap saw an increase in productivity that varied between 30-50%. This led to a dramatic reduction in production costs, electricity consumption, and labor. In the 2020/21 harvest season, the company crushed approximately 3.3 million tons of sugar cane! Mission accomplished!

Bevap’s Ag Director Hermes Arantes was thrilled with the results, “This subsurface drip irrigation system is highly efficient. We have reached productivity of above 140 tons per ha, average durability of 15 years of production, and a quick return on investment of just three years. We are very pleased to have Netafim as our partner.”

Drip irrigation, which was implemented originally on ​​680 ha has stretched in less than two years to approximately 2,000 ha, with an expansion plan of an additional 10,000 ha and a technology upgrade through the use of NetBeat and the injection of vinasse via a drip system.

Joyvio, China’s leading blueberry brand, wanted to maintain its market leadership position by optimizing its operation. When starting a new open field blueberry cultivation business on 70 ha in Yunnan county in 2017, they chose Netafim as their technology partner to help them achieve their goal. 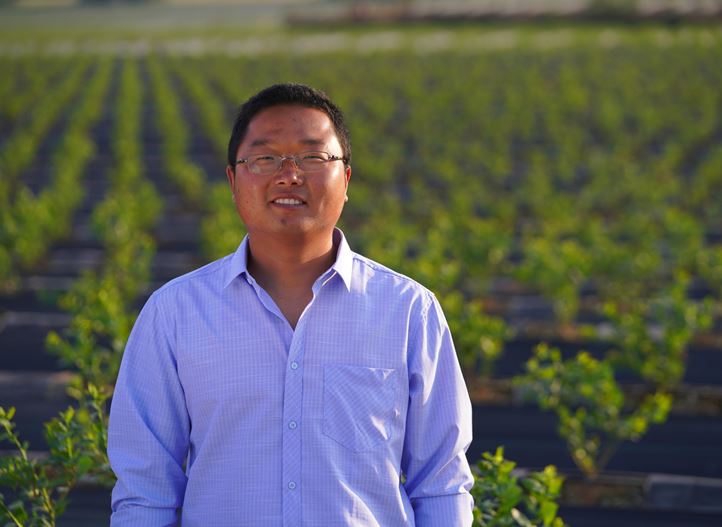 This project included the installation of an advanced digital farming system that enabled a fully automated irrigation and fertigation procedure and an in-depth planning consultation from Netafim’s global blueberry experts. We also provided a customized training program and on-going agro-technical support from Netafim’s local professional team.

Three years later, Shen Xiaoping, the Joyvio farm manager, is very pleased with the results “The drip irrigation system is very reliable and easy to manage, only 2 or 3 guys are needed to handle all the irrigation and fertigation tasks. Every year the quality and yield of the blueberries is improving. In 2020, though we faced two extreme weather events (frost and hail), we had an average 400 G yielding increase per tree.”

By fully automating its entire irrigation and fertigation procedure, Joyvio was able to drive up its blueberry yield significantly, optimize natural resource utilization, and benefit from a 50% reduction in irrigation-related labor costs.

“This fully automated system allows me to manage the farm in a very professional and efficient way, and the ROI shows we’ve made the right investment.  No matter what technical or agronomic problems we face, Netafim’s local team is always available to support us . And now as we plan to convert an additional 20 ha of nursery land to regular planting, we will choose Netafim as our partner.” 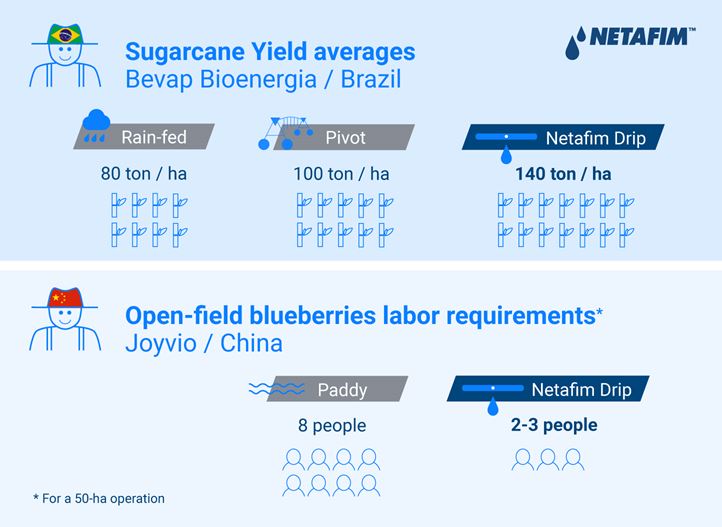 The ripple effect of sustainable farming

The Bevap and Joyvio stories are just a drop in a bucket of successful drip irrigation projects I was lucky to be involved with in the past 10 years.  For complex agricultural projects to succeed, they require specialized agronomic expertise, advanced engineering capabilities, superior project management and execution capabilities, and smooth, seamless collaboration. And whether we’re involved with an irrigation project which spreads over thousands of hectares or a smallholder who is committed to farm sustainably on his 5 ha plot, the cumulative impact of these projects is what really matters. Crops are grown using fewer resources, farmers can make a better living, the planet is healthier and there is a much better prospect for a food secure future.  Across the globe, win-win-win! What else can you ask for?

Learn how we can design and deliver your next agricultural success.